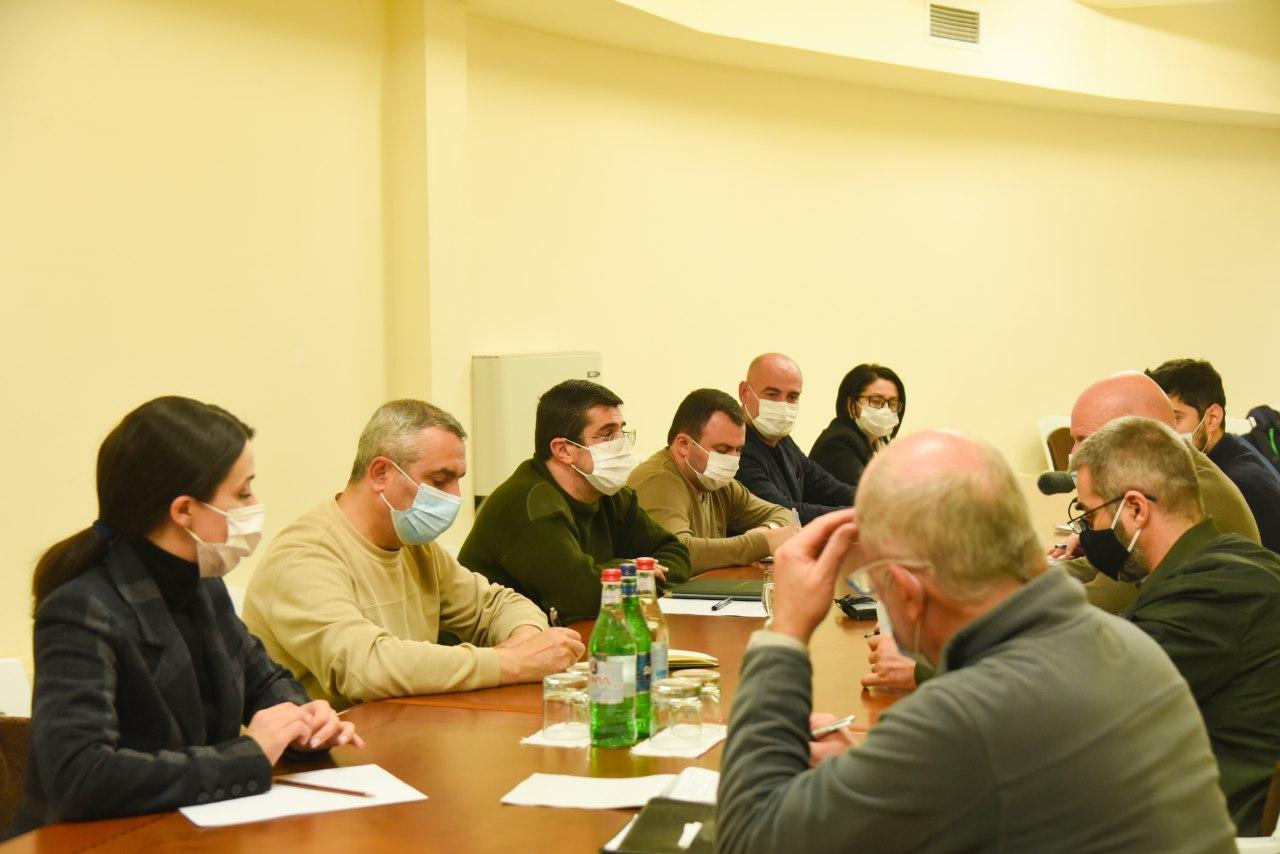 Foreign Minister of Artsakh Masis Mayilyan received Georges Dallemagne, Member of House of Representative of Belgium. As ARMENPRESS was informed from the press service of the MFA Artsakh, the Foreign Minister of Artsakh greeted the Belgian MP and highly appreciated his courageous act of standing with Artsakh and its people during the hard period and receiving first-hand information of the situation resulted by the Azerbaijani aggression.

Masis Mayilyan highlighted long years of activities of Georges Dallemagne aimed at awareness raising about Artsakh in the Belgian parliament, as well as protecting its interests. In this context, Masis Mayilyan thanked him for authoring the resolution condemning the military aggression of Azerbaijan, Turkey and international terrorists against the people of Artsakh.

The goal of the 3rd visit of Georges Dallemagne to Artsakh is to get acquainted with the situation on the ground, share the hardships that the people of Artsakh have to overcome and in the future present the real image of Artsakh in various European platforms. He emphasized that the military aggression against Artsakh and violation of the humanitarian laws are a serious threat not only for Artsakh, but for the security of Europe.

At the request of Georges Dallemagne, Masis Mayilyan presented in detail the circumstances and consequences of the large-scale military aggression by Azerbaijan against Artsakh starting from September 27. The Foreign Minister of Artsakh presented the complicated humanitarian situation in Artsakh resulted by the deliberate strikes against settlements, civilian infrastructures and hospitals by the Azerbaijani armed forces, as a result of which nearly 60% of the populations has been forced to abandon their homes.

Masis Mayilyan underlined that in the existing situation it's important that the international community takes practical steps to stop the aggression against Artsakh, de-escalate the situation in the conflict zone and create conditions for a peaceful settlement of Azerbaijan-Artsakh conflict, noting that the recognition of the independence of Artsakh is one of the most productive measures.

Georges Dallemagne thanked for the detailed situation, assuring that he will continue is consistent efforts for presenting true information about Artsakh in Europe, which will set basis for practical steps aimed at prevention of violence in Artsakh and establishment of stability in the region.