Screening of "The Last Inhabitant" - Première in Brussels!

The European Armenian Federation for Justice and Democracy invites you to the première of the award-winning film ‘’The Last Inhabitant’’ by the renowned Armenian director Jivan Avetisyan.

The screening, in presence of the director takes place on Friday 12 July 2019, 19:30 at Cinema Galeries, Brussels.

“The Last Inhabitant” was an official entry to the 2017 Golden Globe Awards as a “Best Foreign Film” nominee and was presented at the 69th Cannes International Film Festival “Marché du Film.” It received awards such as “Best Feature Film” and the “Best Actor” at the Scandinavian Film Festival.

The film will be screened in OV with English subtitles. 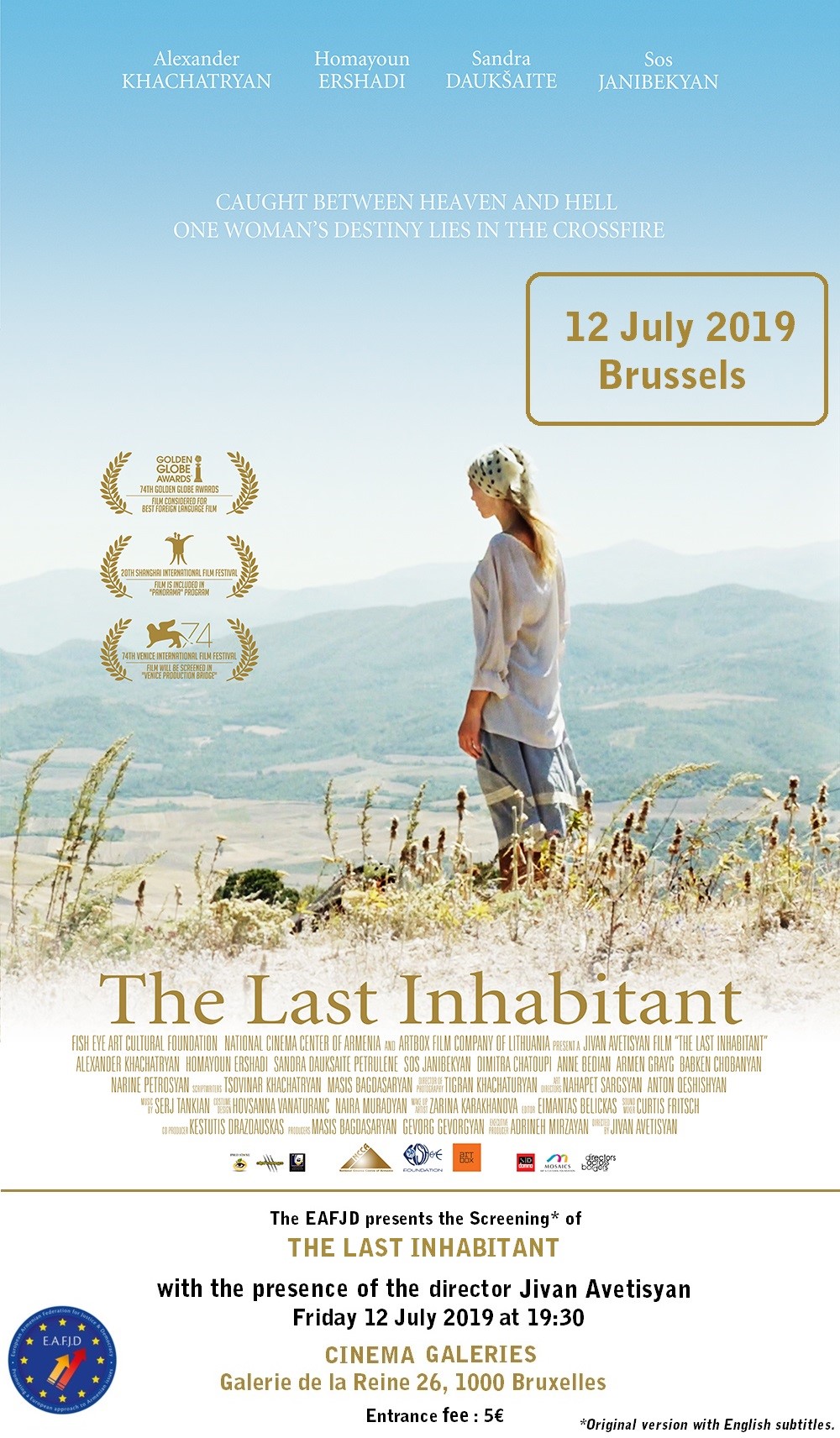