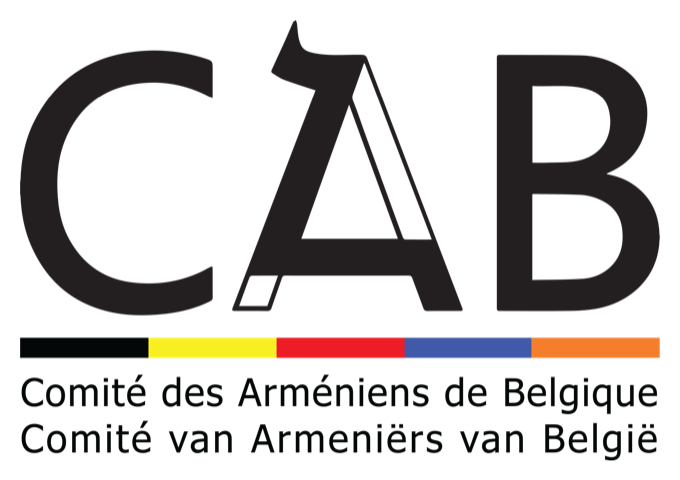 Briefing by the Committee of Armenians in Belgium

1. Armenian Prisoners of War held in Azerbaijan
2. The destruction of Armenian heritage will continue if the international community does not
react
3. 7 Belgian citizens are subject to spurious public accusations and threats of prosecution
4. All war crimes must be prosecuted and condemned [Not detailed below]
5. Turkey’s and Azerbaijan’s continued pressure campaign on Armenia must be condemned
[not detailed below]

A large number of Armenians, mostly prisoners of war are still held in Azerbaijan. This is in contravention to the agreement concluded on November 9, which called for the immediate restitution of all prisoners of war, among other measures.

According to Human Rights Watch (HRW), a total of 240 were still held at the end of February 2021, nearly four months after the end of the war. The European Court of Human Rights provides the figure of 249. The ECHR indicates that 90% of these cases were documented with photo evidence.

Of these, a number have since been released. Azerbaijan denies holding any POWs. It does however admit to holding 60 (HRW) or 72 (ECRH) Armenians it considers as “terrorists”.

Alongside HRW and the ECHR, the UN High Commissioner for Human Rights has also called for the liberation of all Armenian prisoners of war [3].

Azerbaijan claims that the 60 to 72 it admits to holding are “terrorists”. They were captured in December 2020, more than a month after the end of the war, in a late territorial push by of Azerbaijani forces1. On November 28, a full three weeks after the date of the cease-fire, Artsakh official Haik Khanumyan was giving a TV interview from this location [6][7]. It seems manifest that these prisoners are now held hostage as a means of exerting pressure on Armenia and Artsakh to make further concessions.

Azerbaijani officials variously allege that their prisoners may be Armenian soldiers illegally present in Azerbaijan; or Artsakh soldiers, and therefore Azeri citizens involved in “rebellion”. Both arguments are spurious and are designed to ignore both the agreement of November 9 and international law, while portraying the Armenian soldiers as the offending party.

Human rights organisations concur that Armenian POWs held in Azerbaijan are subject to torture and ill-treatment, and in some cases extra judicial executions. Released Armenian POWs report beatings and systematic torture on the part of Azeri soldiers and guards. There is every reason to believe that those still in custody are suffering the same treatment.

HRW and other human right organisations report that Armenian soldiers who were known to be in Azerbaijani custody after the end of the war were subsequently executed. There is much concern that some of the soldiers that Azerbaijan refuses to account for may have suffered this fate [4], [5].

The ill-treatment of prisoners, as well as the war crimes committed during the war and in its aftermath, were fully predictable. Azerbaijan has been conducting a policy of escalating hate speech in the last 30 years which has been abundantly documented by such institutions at the European Committee against Racism and Intolerance (ECRI) and the office of the Artsakh Ombudsman. Abuses against Armenians have furthermore been publicly lauded, as illustrated by the Safarov murder case2 [8], [9], [10].

Among other recent initiatives, the Dutch Tweede Kamer and the Bureau of the European Parliament’s Delegation for relations with Armenia, Azerbaijan and Georgia expressed concern for the situation of Armenian POWs and urged Azerbaijan to return them urgently to Armenia [1].

THE DESTRUCTION OF HISTORICAL MONUMENTS

Azerbaijan has begun destroying and vandalizing Armenian historical monuments in the territories it recently overtook. This policy will escalate unless there is international censure.

It is established practice, both in Azerbaijan and in Turkey, to destroy or vandalise Armenian monuments, particularly religious churches. These are viewed as indications that Armenians used to inhabit territories from which they have been cleansed. Thousands of such monuments have been erased in Turkey and in the Nakhitchevan region of Azerbaijan in the past.

Fears that this policy would be continued in territories recently conquered in Azerbaijan have been reinforced by the declaration of a number of Azeri leaders, including President Aliyev, who reportedly ordered that Armenian inscriptions be removed from the churches. Azeri leaders claim that Christian churches in the region are in fact Caucasian Albanian; a claim which has no historical merit whatsoever, and which should not be used to vandalize, much less destroy historical monuments. But this myth has long been cultivated as a way of denying the historical Armenian presence in the region [14].

Many Armenian religious buildings have already been vandalised since the territories were taken over by Azerbaijani forces. On March 26, the BBC published a report showing that one church has already been razed to the ground [15].

The UNESCO has requested access to Azerbaijan in order to send a mission and investigate the matter. It has recently published a reminder [12], [13].
In 2005, a vast historical cemetery of sculpted stone crosses was erased in the town of Djulfa in Nakhitchevan. The UNESCO as well as the European Parliament proposed to send a mission to investigate the matter, but they were denied access by Azerbaijan [16].

PROSECUTION OF BELGIAN CITIZENS BY AZERBAIJAN

[5] The statement on Maral Najarian and other POWs in captivity in Azerbaijan – Coalition to Stop Violence against Women (coalitionagainstviolence.org)

sending a mission to the field to all parties

[15] What happened to the church? | Eurasianet

[16] Monumental loss: Azerbaijan and 'the worst cultural genocide of the 21st century' | Art and design | The Guardian Harassment of 7 Belgian citizens