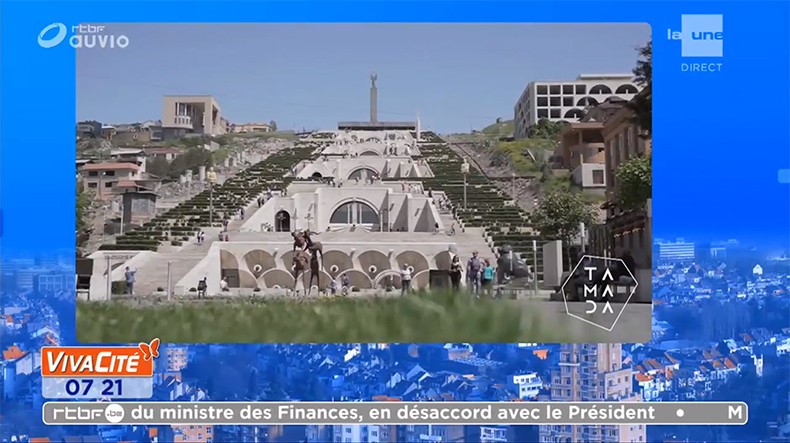 Belgian Public RTBF TV company has film a reportage about Armenia aired in the programme «Carte postale de l’Arménie avec Guillaume», telling about the country and the advantages of spending holidays there.

The author who has recently visited Armenia and Georgia, advises potential tourists that take one trip to the region with a chance to visit two countries at relatively affordable prices. Introducing Yerevan as one of the oldest cities in the world, the author reflects on Mount Ararat which is of symbol meaning to Armenians despite being located in the territory of modern Turkey.

The reportage next shows Cascade complex, the Aznavour Museum next to it, tells about Alexandr Tamanyan, the main architect of Yerevan, the Institute of Ancient Manuscripts Matenadaran, the Republic and Liberty squares.

“Armenia is a very religious country. It should be noted that the country is the first that officially adopted Christianity as a state religion even before the Rome. Armenia has its own Vatican,” the author says, showing scenes from Echmiadzin Cathedral which is the spiritual center of Armenians all over the world.
Tatev monastery complex with its aerial ropeway - the longest in the world - along with magnificent views are covered in the programme as well.