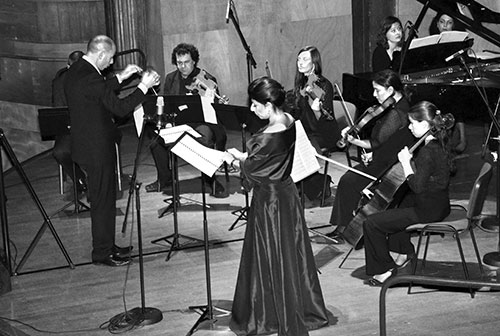 Launched by AGBU France in 2006, the AGBU Sayat Nova International Composition Competition is a biennial contest open to composers from all backgrounds. The competition is designed to introduce Armenian traditions to a wider audience by having composers create pieces for an ensemble of western classical and Armenian traditional instruments. Composers must also incorporate the works of Armenian poets, which in the past have included Sayat Nova, Daniel Varoujan, Grigor Narekatsi, and Silva Kaputikyan. For the 2020 competition, composers must find inspiration in the poetry of Vahan Teryan.  (link below ☟)

Since the start of the competition, submissions have arrived from over 30 countries, including Ghana, Russia, Italy and Korea in addition to Armenia and the United States. Winners have hailed from Mexico, Argentina, Lebanon, France, Armenia and the United States. The top three winners of the competition receive a cash prize of 3,000€, 2,000€, and 1,000€ respectively, have their works performed at our Gala Concerts in Symphony Space (NYC) and Le Salle Cortot (Paris), in addition to four special prizes: