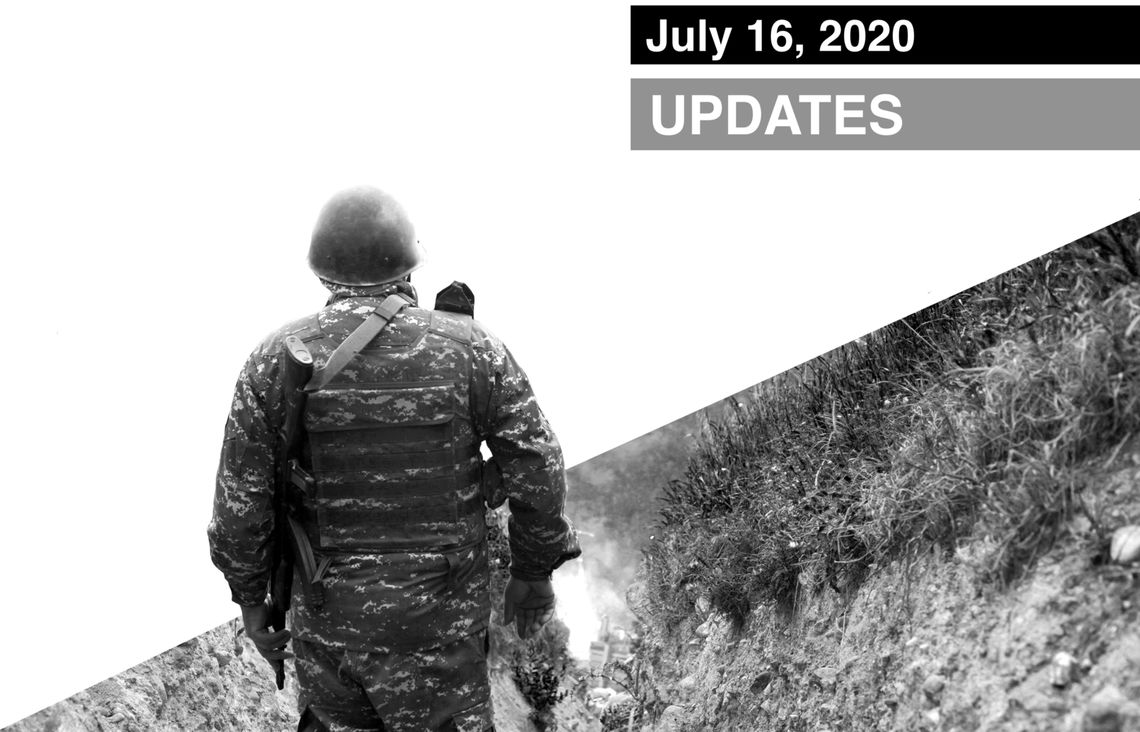 EVN Report - 16/07
On July 12, skirmishes broke out on the internationally-recognized borders of Armenia and Azerbaijan in the Tavush region after Azerbaijani soldiers attempted to attack the border post of the Armenian Armed Forces using artillery fire.

The skirmishes intensified into the use of heavy weaponry and Azerbaijan’s subsequent shelling of the Armenian villages of Movses and Chinari. After a 24-hour period of relative calm, the ceasefire was broken early this morning as Azerbaijani special forces attempted a diversion leading to further clashes and shelling of the villages of Aygepar, Chinari, Movses and Nerkin Karmiraghbyur and the city of Berd.