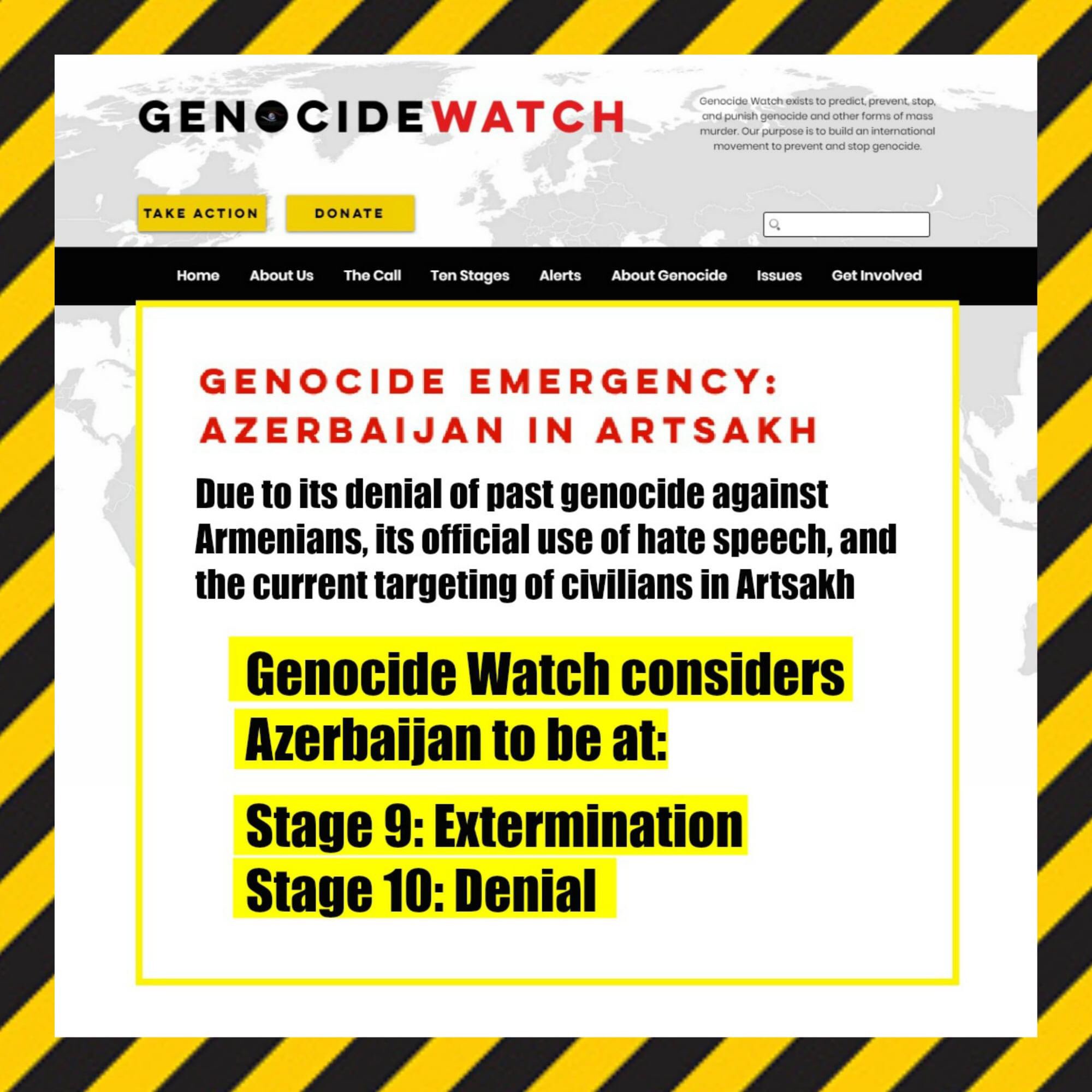 In September 2020, Azerbaijani troops crossed the "Line of Contact" dividing Karabakh. Turkey intervened on the side of Azerbaijan. Armenia supports Artsakh. Azerbaijan uses laser guided drones supplied by Turkey and Israel to target Armenian troops, villages and civilians. Azerbaijani military offensives against civilians are war crimes under the Geneva Conventions.

The establishment of the Azerbaijan Democratic Republic in 1918 began with the systematic extermination of the Armenian populations living in Azerbaijan and the provinces of Nakhichevan and Nagorno-Karabakh. Often viewed as an extension of the 1915 deportation and genocide of Ottoman Armenians, Azerbaijani forces in Baku slaughtered at least 15,000 Armenian civilians in the 'September Days.' Azerbaijanis also slaughtered 1,000 Armenians in 1919-1920 in the Karabakh cities of Shusha and Khaibalikend. These historic genocidal massacres contribute to Armenian distrust of Azerbaijan today.

Soviet rule brought the massacres against Armenians to an end, but the dispute over Nagorno-Karabakh during the dismantling of the Soviet Union reignited violence against the Armenian minority in Azerbaijan. From 1988 to 1990, Azerbaijani mobs robbed, beat, raped, and murdered ethnic Armenians in the towns of Sumgait, Baku, and Kirovabad. This campaign of terror caused the forced expulsion of nearly all Armenians living in Azerbaijan.

The Azerbaijani government under Ilham Aliyev denies any violence against Armenians and is also a denier of the 1915 Armenian Genocide committed by the Ottoman Empire.
Today, Azerbaijan denies displaced Armenians the right to return and forbids a person of Armenian heritage from entering its territory.

In September 2020, Azerbaijani troops crossed the "Line of Contact" dividing Karabakh. Turkey intervened on the side of Azerbaijan. Armenia supports Artsakh. Azerbaijan uses laser-guided drones supplied by Turkey and Israel to target Armenian troops, villages, and civilians. Azerbaijani military offensives against civilians are war crimes under the Geneva Conventions.
The U.N., Russia, and Red Cross have called for a ceasefire, but it has been disregarded by both sides.

Due to its denial of past genocide against Armenians, its official use of hate speech, and the current targeting of civilians in Artsakh, Genocide Watch considers Azerbaijan to be at Stage 9: Extermination and Stage 10: Denial.

1. The U.N. Security Council should demand that Azerbaijan stop all offensive maneuvers against the Republic of Artsakh and order a Chapter 7 “ceasefire” in the current conflict.

2. The Security Council should request the “good offices” of the U.N. Secretary-General and the Minsk Group to resolve the conflict between Azerbaijan and Armenia.

3. The Security Council should impose an embargo on the sale of arms to Azerbaijan.

4. A U.N. Peacekeeping Force should be created and positioned along the Line of Contact to deter attacks by Azerbaijan against Armenians in Artsakh.

5. World leaders should condemn hate speech and genocide denial by the Aliyev regime.

Genocide Watch exists to predict, prevent, stop, and punish genocide and other forms of mass murder. Genocide Watch's purpose is to build an international movement to prevent and stop genocide.